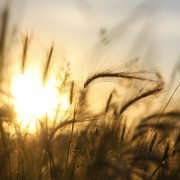 Papillon X-ray Brachy is making national Press, after its NICE ratification, with its use of low energy X-rays to kill cancer cells; allowing better local control of small rectal cancer tumours and offering patients a real alternative to radical surgery and a permanent stoma.

A new, less invasive form of radiotherapy is now recommended for bowel cancer by the health watchdog. Judith Blount, 49, a businesswoman from Derbyshire, underwent the treatment…

END_OF_DOCUMENT_TOKEN_TO_BE_REPLACED

The National Institute of Health & Care Excellence (NICE) have finished their consultation period for the use of Papillon X-Ray Brachytherapy for the treatment of rectal tumours and published their recommendations..

END_OF_DOCUMENT_TOKEN_TO_BE_REPLACED

These applicators are able to be used retrospectively with our Papillon 50 system as well as adding another clinical application to our new Papillon+ system. Please contact us for more details about clinical protocols or to order your new skin applicators.